This blog post was written by Carol Ourivio (Steinhardt '16, Wagner '23) based on an interview with May 2022 Founder of the Month Mir Hwang (CAS '19), Co-founder of GigFinesse.

Mir was only in middle school when he first had the thought that led to GigFinesse. He was a young musician looking for opportunities to get in front of an audience, so his mom would drive him to different venues and he would drop off demos and do auditions. It was an inefficient, informal process. He found himself thinking: "Eventually, someone is going to solve this problem. Eventually, gigging will become accessible to musicians like me."

This idea stuck with Mir later on, as he and his band toured Canada in a broken down, overheating van. While routing the tour, he would email venues and receive no response. Only after employing an alias pretending to be an agent did venues begin to show interest in his band. Mir understood that venues, like all other businesses, are concerned with making ends meet. Their "hair on fire problem", as Mir puts it, is identifying which bands and musicians will bring them the best return on investment. An email from an agent is nothing but an indication that a band is more established, and therefore more likely to bring in a crowd who will spend money at the bar – a venue's main source of revenue. 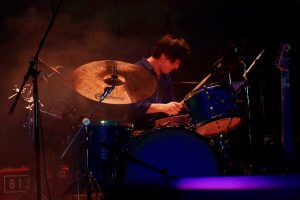 Even when he was at NYU studying pre-med, Mir couldn't shake the GigFinesse idea. He eventually gave in and called his cousin turned Co-founder, Ryan Kim, to have a serious conversation about solving this issue. Mir remembers telling Ryan: "This is my one shot. If I don't do this now, realistically I won't be done with med school and my residency until my mid to late 30s. It's now or never."

But they had no idea where to start, so Mir decided to take advantage of the resources available to him as a student at NYU. He walked into the Leslie eLab, knocked on the door of one of the coaches, and asked for help. By the time Mir graduated, GigFinesse had participated in every program in NYU's award-winning Startup Accelerator Series – the Startup Bootcamp, Startup Sprint, and Summer Launchpad. He and Ryan took advantage of every entrepreneurial opportunity available to them on campus, including participating in the NYU Entrepreneurs Challenge and taking home the top prize at NYU InnoVention.

Mir still remembers how the programs helped them think through their business model and equipped them with the tools to make fewer mistakes. ("We still made mistakes though!", he notes.) Eventually, they arrived at GigFinesse's core business proposition: for venues, they de-risk booking shows by taking a holistic approach to understanding an artist's return on investment. For artists, they make booking gigs easy and rewarding. With GigFinesse, venues can build and curate better bills, and artists get added to the lineups that benefit them most.

In the early days, the GigFinesse team was focused only on proving that their booking model worked. They wore many hats – did sound, worked the door, and Mir went to every show they booked. Now that GigFinesse is booking thousands of artists, the challenges have changed. The company is operating in multiple cities, and Mir's growing team is spread across the globe (GigFinesse has an office in Seoul, Korea!). Because of this, he is really focused on ensuring the company has a solid, healthy culture. "Hiring is the biggest challenge for any founder", he says. He needs people he can rely on when he's not there, especially when it comes to building a positive work culture that is tailored to each geographic market. "Austin is a lot more laid back than New York, for example." 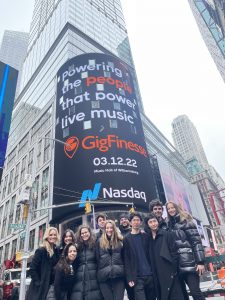 When asked what advice he gives to aspiring entrepreneurs who want to work in the entertainment industry, Mir warned: "It's a very tough, informal space. Don't be distracted by the lifestyle, there are a lot of shiny things in the entertainment space. You meet so many cool people, huge artists, and influential figures… Don't let it distract you from the reason why you are in the space in the first place."

And he means it. Mir never forgot why he started GigFinesse: to facilitate the gigging process so that making a living off of music is a real possibility for artists. The GigFinesse team often gets messages from artists after they've completed GigFinesse gigs, thanking the team for the easiest booking experience they’ve ever had. Mir screenshots and saves them all.