Brian Shimmerlik is the co-founder and CEO at Vengo, which produces digital wall-mounted vending machines. He earned his BBA at the Ross School of Business and his MBA at NYU Stern. This article was previously posted on Huffington Post as part of the Blackstone LaunchPad campus entrepreneurs' story series. Learn more about Blackstone Launchpad at NYU here.

Do you have an idea? Something that you keep thinking about and talk to your friends about on the weekends, but haven’t done anything with? Most people do.

What keeps you from turning an idea into a successful business? Is it funding? Knowing all the right people?

No. The one thing that holds entrepreneurs back is fear.

In the course of a few years, I went from an unemployed NYU student to raising $5mm, creating 14 jobs and running my own company. I even appeared on Shark Tank and “won” big - securing $2mm, the 2nd biggest deal anyone has seen on the show.

How did I get this done? I worked ferociously, got lucky and I embraced my biggest fears.

1. Earning Real Fear
I had an idea - a vending machine for taxis. But an idea is a lifetime away from building something real and valuable. I reached out to the one person I knew in the venture/startup space and got a meeting with one of the largest taxi owners in NYC! I thought I would leave this meeting an overnight success. The taxi owner listened to my pitch, looked at me and said, “Kid... there is NO CHANCE this is ever going to happen. It is ridiculous.” I was crushed. I went home that day and looked for someone to complain to. I was on the NYC government website and I found out that NYC had its own business plan competition - and the first deadline happened to be 4 days later. Out of 270 companies, Vengo won the NYC Next Idea competition and won $17,500.

The day that I won this very public competition, everyone I had ever met reached out. “When are you installing the taxi vending machines?” they asked. I didn’t have a team or a pr 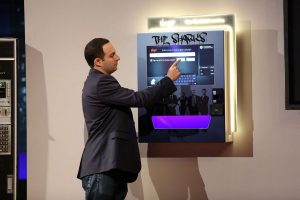 oduct... or even a prototype. I didn’t really have much of anything. I felt overcome with pressure. Would I let everyone down? Would this be the peak of success for my startup? What if I am best known for wasting this huge opportunity? What if someone who is better connected puts in a taxi vending machine before me and I have to see it every day!? My mind was running wild. I stood at a moment of accomplishment, perhaps the most impressive one of my career, and yet I felt so alone. I wanted to disappear.

2. Embracing Fear
After a couple days of feeling unable to do much of anything at all, I took a mental step back and evaluated my choices. I saw two viable options: I could hide in my parents’ basement for the rest of my life, or I could take this fear and embrace it.

I started to accept that I was knowingly entering into something with a high risk of failure. I may put everything into this opportunity, work harder than I ever had before, put all other things on the backburner and STILL fail. But I realized that if I did fail, I would be OK. I have learned a great deal and grown stronger in the process.

It is easy to avoid hard things and stay in line. It is easy to watch from the sidelines and judge. Heading into the ring takes heart. Fear will always be there. Once you accept the risk of failure - once you embrace your fear - you will find out what your true potential is.

3. Let Your Fear Motivate You
There are times when I am overcome with exhaustion and want to cut out of work early - but I don’t. Fear is a powerful force. I think back to that moment of Vengo’s first win. I remember the fear that I felt then and that I sometimes still feel today. I use that fear as a tool for motivation, picturing my competitors outworking me and myself years in the future looking back on this opportunity. More than anything else, I know that if I put everything that I have into my company, I will be able to accept the ultimate outcome. 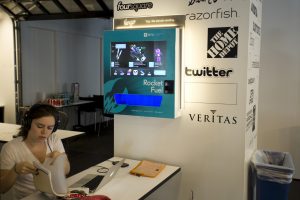 If you are out there reading this and have something you want to see come to life, something that you want to bring into the world, make it happen. Take a small step today. Make a little progress every single day. If you don’t know how to take a step forward, ask for help. Take advantage of the resources around you.

See what you can accomplish. Accept that you will be better off, even if you try hard and fail. Embrace your fear.