This blog post was written by Ellie Gershenwald (Steinhardt '22) based on observing the NYU Female Founders Forum networking event in March 2022, and her subsequent interview with Tara Hankinson (Stern '15), Co-Founder of TALEA Beer Co.

Last month, the NYU Entrepreneurial Institute welcomed the entrepreneurial community to the Leslie eLab for a night of networking and refreshments to kick-off the Female Founders Forum, powered by NYU. Over 50 founders committed to advancing gender equity in entrepreneurship joined the event, where they shared their startup journeys, challenges, and successes. Among the attendees were a number of NYU Female Founders Fellows, who were excited to get to be around each other in person – many for the first time! See some highlights from the event below. 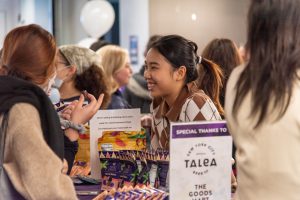 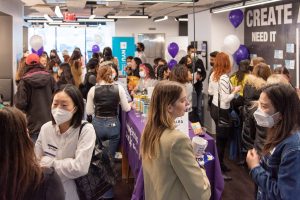 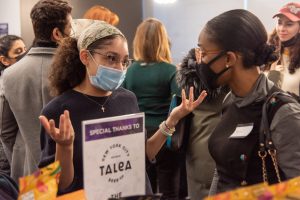 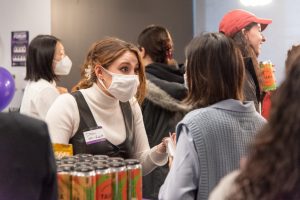 The Entrepreneurial Institute provided attendees with varied snacks and refreshments from women-owned companies. Among them was delicious, ice-cold beer from TALEA Beer Co., New York City’s first exclusively woman-owned taproom and brewery. The bright packaging and unique flavors, including Peach Berry Punch and Rose Gold Wit, were a big hit at the event.  I spoke with Co-Founder Tara Hankinson (Stern '15) to learn more about her journey founding the startup. 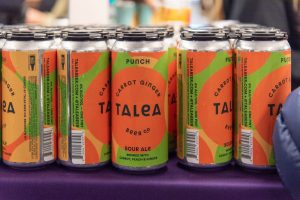 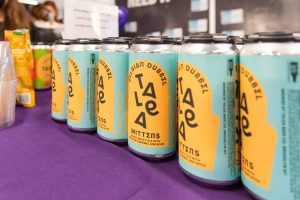 Tara’s parents worked in the hospitality industry, so she grew up surrounded by and appreciating food and beverage. Her interest in the industry continued, and after graduating from Bucknell University with a degree in Business Management, she moved to NYC and immediately started taking wine classes. After her first job, she looked for a bigger challenge. She attended Stern to pursue her MBA and to build a strong network in a city with endless opportunities. While in graduate school, Tara completed numerous semester-long projects about the beverage industry, including working with Brooklyn Winery and analyzing Moët & Chandon’s brand strategy. The summer after graduating, she headed to the Hamptons to work as a consultant at Wolffer Estate Vineyard. It was this experience that sparked her interest in beer as she began to think about how the demographics of wine and beer consumers differ. She wondered if the experience customers have when they feel invested in a winery could be replicated in a brewery.

A few years later, while homebrewing as a side passion, Tara started her role as the Head of Customer Experience at Hopsy, a beer e-commerce company, where she met the Head of Finance, LeAnn Darland. They soon became Co-Founders and within 3 months, the duo had formed an LLC with a mission to bring beer to a new, underserved market. There are 8,000 craft breweries in America, with women being the fastest growing segment. But in NYC’s relatively new craft beer scene, this wave has not yet hit. Tara and LeAnn hoped to be at the forefront of providing a new experience for women and others who don’t consider themselves craft beer drinkers. 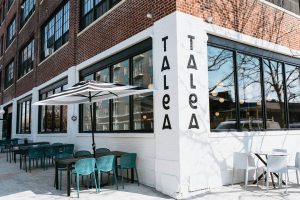 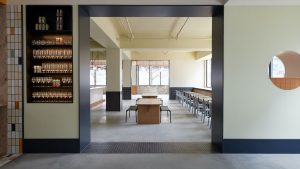 In 2019, they packaged their first beer, left their jobs, and started fundraising to build a 9,000 square foot brewery and taproom in Williamsburg, Brooklyn. After delays due to COVID-19, the space opened in March of 2021 and was profitable the first month. Tara and LeAnn’s vision has proven to be a success and, with more funding from recently closing their Series A Round, they are looking forward to opening additional locations across the state in the near future, including a permanent taproom in Cobble Hill and a pop-up bar at Grand Central Station.

The local beer community has been incredibly supportive, but success did not come without hurdles, particularly challenges relating to being female founders. TALEA solely relied on friends, family, and angels for funding and has now raised over $5.5 million, but Tara found that when pitching to men, they let their biases get in the way of recognizing the startup’s huge business opportunity. However, Tara pointed out how TALEA’s unique positioning in the industry as a family-friendly destination has helped them overcome these challenges. Fewer than 3% of breweries are owned exclusively by women, and as new mothers themselves, the Co-Founders knew they wanted to provide a space that was welcoming to all. The TALEA taproom acts as a “third place,” with coffee served in the mornings and a constant flow of consumers who are able to work and socialize throughout the day.

Tara and LeAnn’s passion for creating this friendly environment is also reflected in their commitment to supporting female entrepreneurs. They understand the importance of hiring a diverse staff and are dedicated to helping women grow wealth so they have the power to be decision makers. Tara encourages aspiring young women entrepreneurs to not let perfection be the enemy of progress and to stay connected with the people they find most helpful along the way. By staying true to her vision and remaining engaged in a field in which she has developed expertise, Tara and her team set TALEA Beer Co. on the path to success.