Every week, the NYU Entrepreneurial Institute elects a Startup of the Week. We invite the founders of these startups to share a blog post with our community. These posts can be inspirational, educational, or entertaining.

This blog post was written by student blog contributor Koko Xu (Courant '25), based on an interview with John T. McDevitt, PhD (Dentistry faculty), Chief Scientist and Founder of OraLiva.

In the late 1950s, a family moved to Los Altos, California with their two years old adopted son. Nineteen years later, in the garage of 2066 Crist Drive, Los Altos, CA, a 21-year-old Steve Jobs built the first Apple computer and went on to revolutionize personal computing. Also growing up in Los Altos, 1.2 miles away from the Jobs family on Fallen Leaf Lane, was Dr. John T. McDevitt, Chief Scientist and Founder of OraLiva. “I grew up with the integrated circuit software and watched Moore’s Law mature, and create exponential advantages that we now enjoy,” Dr. McDevitt recalls, “...It’s relevant for what I think about.”

Dr. McDevitt is well known across the scientific community for his work in bioengineering, especially in the disease diagnostics research area. Getting his Ph.D. in Chemistry from Stanford University, Dr. McDevitt began teaching at the University of Texas-Austin where he started microfabricating superconducting circuits and devices. “At one point we entered into one of our collaborative programs with a group that was making an artificial sense of vision,” describes Dr. McDevitt, “...this got us to think about mimicking nature. It pushed us in the direction of microfabricating sensors.” With this inspiration, Dr. McDevitt and his team developed what’s now called the MEMs device (Micro-Electro-Mechanical Systems): a small, silicon machine that created small test tubes, where Dr. McDevitt started doing chemical sensing. “[It was like] a digital tastebud,” Dr. McDevitt concludes. Dr. McDevitt and his team have launched several companies in this space.

“That was kind of our baptism in chemical sensing,” Dr. McDevitt says, “...over time we had a useful sensor, we began to realize that instead of focusing on foods and beverages and the taste process, we could be focusing on diseases. That’s when the lightbulb went off for me.” Dr. McDevitt and his team then built a disease-focused device with their chemical sensing technology, which won Medical Device of the Year and Scientific Discovery of the Year.

After twenty years at UT-Austin, Dr. McDevitt took a role as the Director of the Gulf Coast Consortium Cluster for Early Disease Detection at the Texas Medical Center in 2010. This gave Dr. McDevitt first-hand exposure to a hundred clinicians. “[They] all had their favorite diseases and were begging us to move our sensors to help them find other patients,” Dr. McDevitt describes, “that was a really key experience.” Six out of 100 of those products became clinical trials. This experience gave Dr. McDevitt insight into the cross-sections of chemical sensing, microfabrication, and disease processing. After completing the six clinical studies, Dr. McDevitt had a good idea of the direction their device was going in.

One of the six trials was Oral Cancer. “This was our first push into the real world,” Dr. McDevitt explains. Pursuing this, he came to NYU in 2015 as Chairman of the Department of Biomaterials and Biomimetics for the NYU College of Dentistry. NYU’s Dentistry program - the largest of its kind in the nation - and NYC’s diverse profile of patients made New York the perfect environment for Dr. McDevitt’s research. At NYU, he started thinking about applying Moore’s Law to chemical sensing. “It became clear to me that the slowest step is the clinical recruitment and defining the disease signature,” identifies Dr. McDevitt. 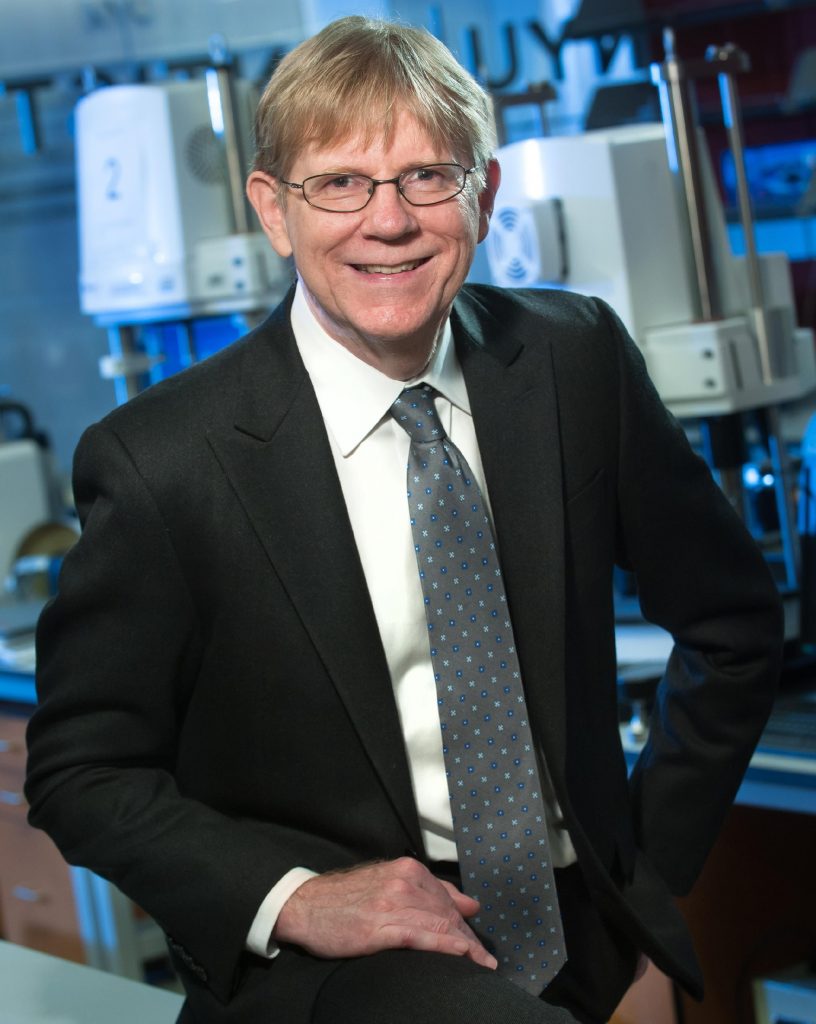 All this research and studies spanning over thirty years of Dr. McDevitt’s academic career make OraLiva possible today. OraLiva is a medical technology company building new diagnostic tools that can capture diseases early on before they spiral out of control. Dr. McDevitt calls it the “holy grail of medicine”. OraLiva’s platform can measure many things in the human body simultaneously. Its C-AIDD (Cytology-Artificial Intelligence Disease Detection) system can look at a cell and analyze it from an Oncology - the study of cancer - perspective. Aside from the software, Dr. McDevitt brings out a box to show me their cartridges and instrument. The cartridges are the size of a credit card, which goes into the testing instrument - a rectangular device with a screen on top and a notch on the side, somewhat resembling a small printer. Dentists can take samples from patients noninvasively with a brush, put the sample in the cartridge and insert it into the instrument, at which point the C-AIDD system analyzes the sample and produces a report in less than ten minutes.

It’s fair to say that OraLiva is a startup thirty years in the making. Throughout Dr. McDevitt’s career, he’s been known for his strong track record of translating essential bioscience discoveries into real-world clinical practice. Dr. McDevitt and his team have gone through the motions of commercializing laboratory studies and know exactly what they need to do for OraLiva to succeed. Now, with its product ready to launch, OraLiva is looking for more strategic investors and partners. OraLiva has one such partner, Delta Dental Michigan, who is a part of the largest dental provider in the US. “They have some 20,000 dentists in their network,” Dr. McDevitt notes, “and we’re looking at how we can get into [that] network.”

Dr. McDevitt chose Oral Cancer as a starting point for OraLiva for many reasons. Oral Cancer is one of the most expensive of all cancers to treat, and the outcomes for patients have improved very little over the past fifty years. “The majority of cancers have seen [great] improvement in survivability. Cervical Cancer for example, ...85% of women who would’ve died fifty years ago are being saved by a pap smear,” Dr. McDevitt illustrates, “...that diagnostic testing, screening, adjunct testing doesn’t exist in an accurate way today for Oral Cancer.” At any given point in time, about 10% of the population has an oral lesion in their mouths. Around 1 in 4 of those are suspicious lesions. The typical diagnosis for Oral Cancer happens in stage 3 or 4 today, at which point the oral lesion is two centimeters - about the size of a quarter. Studies show that a typical dentist encounters some 300 oral lesions in a year, 75 of which are suspicious lesions and should be referred, but only 10 were. OraLiva will provide dentists with a trusted tool to recognize suspicious lesions and make accurate referrals at pre-cancer or stage 1. 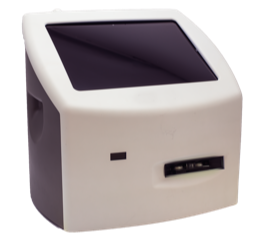 Oral Cancer is just a starting point for OraLiva. The platform is programmable, so it can be generalized to all sorts of cancers. Dr. McDevitt is planning on expanding OraLiva’s services to Lung Cancer next - it’s a personal matter for Dr. McDevitt, who lost his mother to Oral Cancer and his father to Lung Cancer. But that’s not all - OraLiva’s product integrates sampling (cartridges), processing (instrument), and analyzing (software) of cancer, much like how Steve Job’s iPhone integrates communications, GPS, and computers. “OraLiva will be opening up an ‘App Store’ to empower medical technology and medical centers and entrepreneurs,” envisions Dr. McDevitt, “...the infrastructure we offer to these collaborative partners will provide them with a biomarker highway to run their vehicles through the process of getting approval and clinical trials.” Dr. McDevitt knows the barriers of turning a disease detection study into practice from experience - it includes building a diagnostic instrument, figuring out the regulatory approval, developing a quality management system, getting funding for biomarker validation, starting a company, and scaling the complex instrumentation and microfluidics-based cartridges. OraLiva’s platform will take care of these infrastructure requirements, allowing researchers to focus mainly on the biomarker. “The more we do the more it’s like the iPhone,” Dr. McDevitt explains, “it drives down the cost for everyone. That’s truly our vision.”

Dr. McDevitt is currently raising a $1M seed round for OraLiva which will target close around Q2 of 2022. The funding will be used to scale up the number of tests and build a new lab in North Carolina, as well as to support OraLiva’s manufacturing team in Victor, New York. Within one year of closing the round, OraLiva will begin selling to large clinical partners across the US and start generating cash flow. At the same time, OraLiva is raising a $5M Series A to expand its operations and carry out the “App Store” vision.

Cancer is a global issue - Oral Cancer is a big problem in the US, but it’s also the number one cancer in India. OraLiva’s technology will be able to help billions of people around the world by providing a platform for disease detection where all sorts of cancers and diseases can be detected early on. Dr. McDevitt’s life’s research has led to OraLiva today, and he might just be another kid from Los Altos who changes the world.