Every week, the NYU Entrepreneurial Institute elects a Startup of the Week. We invite the founders of these startups to share a blog post with our community. These posts can be inspirational, educational, or entertaining. 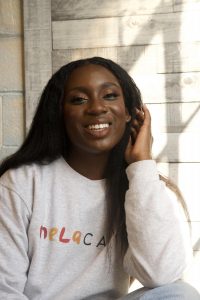 I wrote a short film script with Ghanaian sisters as the lead roles. My school gave us access to 2 major casting websites. I posted my listing and checked back each day. As listings poured in, I realized there was a huge problem with diversity on these platforms. After two months of scouring acting platforms with no luck, I ended up recasting the parts. My story changed completely. The food, the house, the conversations. I completely compromised my vision and was left with a film that I simply could not connect with. This process was especially difficult because before coming to NYU I made myself a promise: To create films that always highlighted people that looked like me, in lead, three-dimensional roles that challenged the norm. Growing up I never saw Black people on the screen, and I became a director to change that narrative.

After sharing my experiences with some of my friends, I was directed to a small group of other BIPOC directors that experiences the same exact thing – lack of diversity on casting platforms that forced them to change and compromise their films. Many had begun to believe that perhaps BIPOC creatives just “weren’t out there”. But I knew the issue was deeper. The problem isn’t that BIPOC creatives don’t exist, the problem is that there isn’t a place for us to gather within existing systems.

Though the experience was difficult, it was a blessing in disguise. I realized how badly the film community needed a space for creatives of color to collaborate, gather and find set work. So came Melacast!” 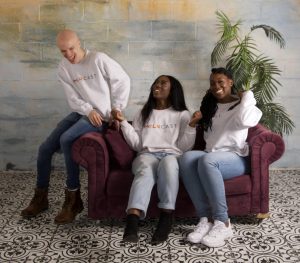