On Thursday, November 10th NYU Wagner’s Black Student Association hosted a Black in Social Impact Event sponsored by the NYU Entrepreneurial Institute's Collaboration Fund. Students from various campuses including, but not limited to, NYU Law, NYU Wagner, and NYU Tandon came together to hear from Black entrepreneurs, venture capitalists, philanthropists, and policymakers in social impact. The panelists were: 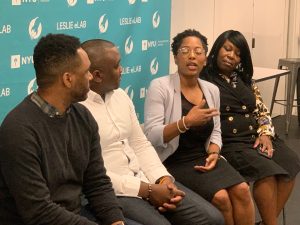 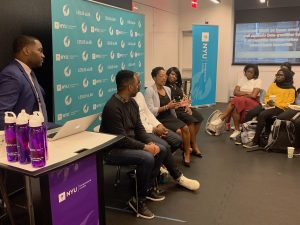 The event kicked off with a word from NYU Wagner’s BSA President and E-Lab’s own: Founder of KinNect, Thanisha Pariage, Esq. She discussed the importance of having the conversation around the pains and gains of being black and in the social impact space. She then introduced the event moderator, NYU student, and Leslie eLab's own: Founder of BLOC, Riley Jones. 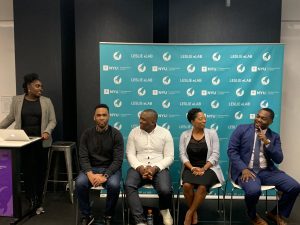 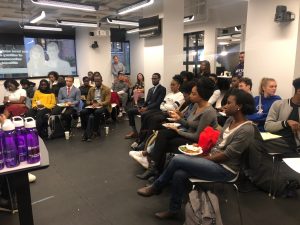 The event was a huge success drawing over 40 students across NYU. The conversation was honest and rich, discussing a diverse set of issues. Topics ranged from the intersection of race and social impact to how to make waves in the private and public sector. Students left feeling encouraged and empowered with new relationships in store. We look forward to the student applications to the J-Term Startup Sprint, mentioned at the end of the event.