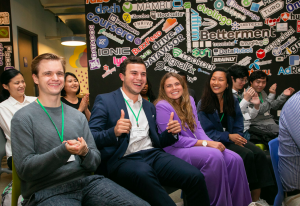 6 startups. 5 judges. 2 universities. 1 trophy. Last week, we hosted the 6th annual NYU-Yale Pitchoff at the AWS Loft in Soho. Three of our teams from the Summer Launchpad battled three teams representing Yale in front of a packed house. It was a fun night of friendly competition, learning, and camaraderie!

Scroll down to see photos of the fun!

Over 200 people came to listen to all of the amazing pitches! Each team did a fantastic job and is striving to change the world in a different way: either by increasing low job placement rates, creating sustainable products for the food/beverage industry, streamlining talent booking, changing the future of immunotherapy and vaccinations, helping small businesses more easily brand their companies, or streamlining communication during school emergencies. Such a broad range of industries! 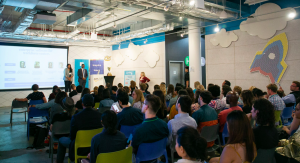 As the judges deliberated, SeaStraws (from NYU!) was announced as the audience choice winner!! 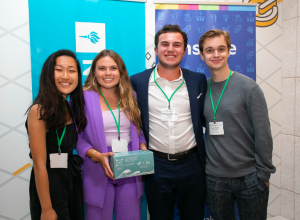 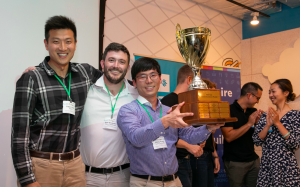 Statera Therapeutics! Congrats to Yale for taking home the trophy (but watch out for next year!!)!

At the end of the night everyone had a chance to congratulate the teams, catch up with friends from Yale, and meet new people in the entrepreneurship community. We can’t wait for next year...I sense a win in the near future!! 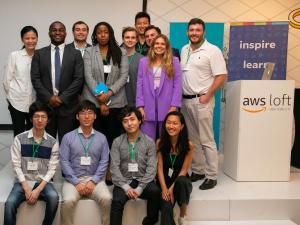