“There are a lot of things to be worried about these days, but if you focus on trying to create new things, your curiosity can outgrow your fear.” David Delgado, a visual strategist at NASA’s JPL

On the morning of Thursday, December 6, the MakerSpace EventSpace bustled with energy and ideas. Curiosity was definitely at the party as students from across the University presented their creations from the Fall 2018 Prototyping Fund. Projects ranged from 3D printed straws made from compostable materials to sensor-enabled beehive lids, mobile classrooms, and maker toolkits for children in developing countries. 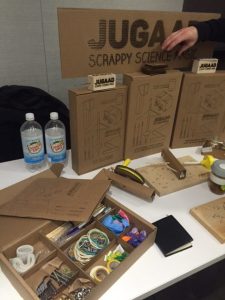 Since 2013, the NYU Prototyping Fund has awarded teams of students funding to build and test prototypes. During the span of the semester, most teams developed several versions of their prototypes and were able to get some user feedback; others are planning to collect user feedback thanks to the prototypes they developed. Iteration, user feedback, and constant reframing and learnings were all themes that emerged from our discussions with the teams.  Tim from Jugaad explained how his team is in the process of exploring different options for the next iterations and that they are testing their products with different stakeholders: “They are so many directions we can go so we are putting the prototype out there and looking to see where it goes. Learning from potential users…”  Sea Straws’s team emphasized how the program allowed them to explore ideas that they had not thought they could test: ”We were able to prototype ways of cutting the top of a straw. We prototyped with the laser cutter and now we can test it with users.” As for Auto-ADAPTER, they explained how they initially thought they would explore all conditions but after going through the program, they realized it will be more effective to focus on, and design for, only one condition.

All of these quotes illustrate our philosophy on prototyping – prototyping as an iterative process that allows you to answer questions about your ideas and test your assumptions. All teams had future steps in mind: testing, user feedback and more prototyping were all on the top of the list! 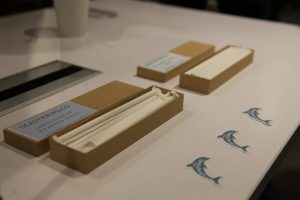 Interesting connections between teams emerged (that’s one of the beauties of the Prototyping Fund):  Jugaad and Project Cube teams realized that their ideas were super complementary and they started exploring future collaboration. EBA and Visual Door Bell teams were both working on developing solutions for users with auditory disabilities and realized that they were working with the same end user, a maker and innovator at heart! 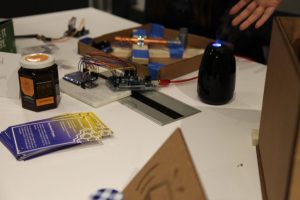 Visitors – regulars to the Showcase and new comers – were all impressed bythe hard work, the quality of the prototypes and the passion of the teams.Several regulars reflected on how the quality of the prototypes has increased over the last few years. While we have added some more focused support, both the Design Lab at NYU Tandon MakerSpace and the NYU Entrepreneurial Institute at the Leslie eLab have been providing multiple programs to support students in their innovative journey. It is also a sign of how much NYU innovative and entrepreneurial culture has grown over the last few years. 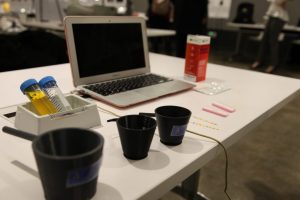 Like Sarah and I, many visitors noticed the increasing focus on social issues – sustainability, education, disabilities, health, etc. This is a trend we’ve noticed over the last few years and one that we are very proud of and looking forward to nurture in the future Prototyping Funds.

Visual Doorbell: Visual Doorbell is a connected home device that is designed for individuals who is deaf and hard of hearing. Think doorbell, but instead of sound, it sends light signals around the house to alert the homeowner. Steven Medina, Tandon MS ‘20; Krizia Fernando, Tisch ITP ‘19; Arwa Alrajeh and Steinhardt MA ‘19 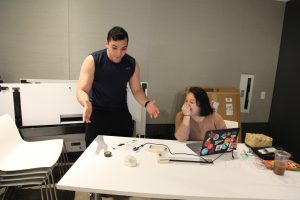 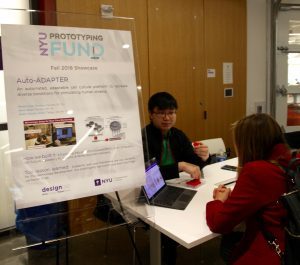 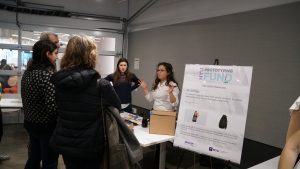 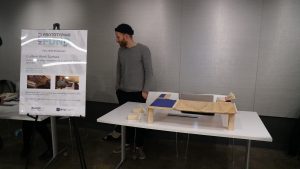 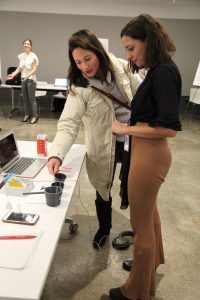 Earbud Adaptor: A lightweight, 3D printed apparatus that will facilitate the connection between the earpiece of a headphone and the receiver of a hearing aid. Selamawit Moges, CAS BA ‘20 and Elijah Persad-Paisley, CAS BA ‘19 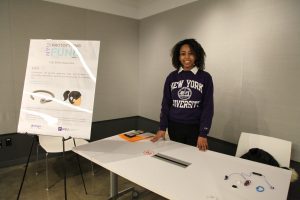 Jugaad DIY Tech For All: An interactive, educational book (DIY kit) that teaches children how to be resourceful by using their creativity to build their own technology from trash, recyclables, or easy-to-find household materials. Arnav Wagh, Tisch ITP MPS ‘19 and Stella Elisa Tan Tisch ITP Camp Program 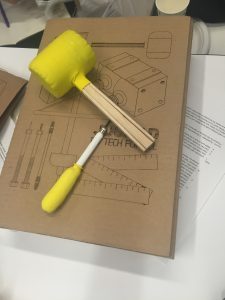 Jugaad DIY Tech For All

Littel FX: Warble and garble audio in order to create a different and unique sound that may not resemble the original at all. Carter Littel, Steinhardt BA ‘19 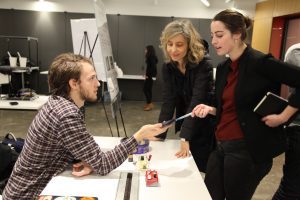 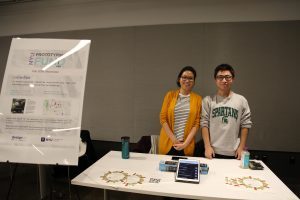 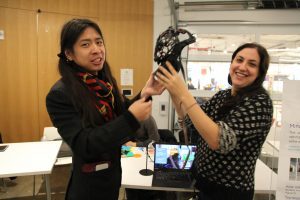 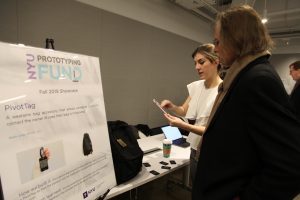 Project CUBE: A modular, mobile classroom that can be compacted into a 1m X 1m x 1m cube that can be easily transported anywhere and everywhere. Klo’e Ng, Tandon CUSP MS ‘19 and Yu Qian Ang 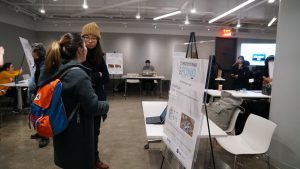 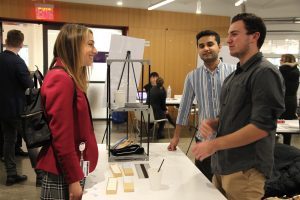 Sound Playground: An interactive sonic playground that allows seeing and non-seeing individuals to create – and optionally to collaborate with others on creating – sonic compositions in real time by setting kinetic sculptures into motion either by touching or wearing the sonic objects on their bodies. Katya Rozanova, CAS, MPS ‘19 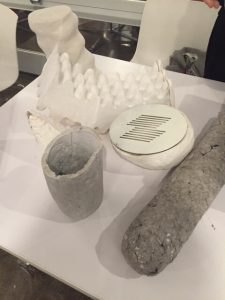 The NYU Prototyping Fund is a collaborative program offered by the Design Lab @ NYU Tandon MakerSpace and the NYU Entrepreneurial Institute that awards teams of students up to $500 in the first round of funding to be used to build hardware or software prototypes, and connects them with the resources, tools, and mentors they need to bring their ideas to life.