There has been over $10 Billion in venture capital dollars invested in healthcare companies just in the first half of 2018, according to CB Insights. But starting a business that builds products to improve health outcomes does not have to be a capital intensive process. This week, we interviewed three companies in the Summer Launchpad program who are building products in this category. One that’s selling to hospitals, and two that are selling directly to consumers. 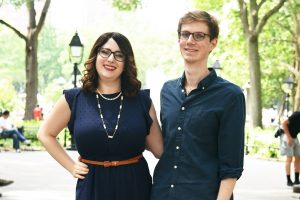 HealthHuddle is led by co-founders Sabina Braverman (Wagner ‘18) and Andrew Dempsey (Tandon ‘19). Their five person team met at the NYU Healthcare Makerthon where they decided to take on the challenge of creating a tool to help nurses keep track of the key practices known to reduce the risk of infections and falls. The team was surprised that there was no practical solution to this problem, and realized that they can be the ones to solve it. They ended up winning the competition, and have been working hard to turn this concept into a fully-fledged company ever since.

NYU Entrepreneurial Institute: What was the insight that led you to decide to start this company?
HealthHuddle: During the Makerthon, we had the opportunity to speak with a number of subject matter experts in the field and we realized that the problem extended far beyond a lack of education surrounding best practices. We did a lot of research that weekend and came to some core realizations: nurses are functioning in a ridiculously stressful environment, and are constantly tasked with making decisions that could impact patients’ lives. On top of this, they are constantly inundated with information and have to develop strategies to retain and communicate this information. Following the Makerthon, we continued exploring this problem and began to truly understand its extent. We decided to combine our passion with our unique experiences in the realm of healthcare to create this company and make a difference in the lives of patients and the providers that care for them.

The Institute: If you had to start over, what would you do differently?

HealthHuddle: We would get organized far earlier in the process. Since October, all of us have managed the company on a part-time basis in addition to school and work. While this was fine for us initially, as we began moving towards working on the business full-time, we realized that aligning on our key milestones was more important than ever. It took us a long time to develop a rhythm that worked for us, and even now we acknowledge that this dynamic will constantly be evolving and changing. If we had the chance to start over, we would determine our high-level goals and roles much earlier.

The Institute: What's one accomplishment so far that you're most proud of?
HealthHuddle: There was this one week in May that was simultaneously the most challenging and most rewarding week we’ve had. On the Monday, we were one of seven presenters at the New York Academy of Medicine’s Urban Health Informatics Innovation Conference & Exhibit (say that five times fast). On the Thursday, we participated in the finals of the NYU InnoVention Competition and we ended up winning Second Place. On the Friday, we participated in the Mission: Appossible finals and won the entire competition. We had been participating in these competitions since the beginning of the year, so this was truly the culmination of all of our hard work. Not only was it rewarding to see our work come to fruition, but this week was really a demonstration of how we could come together and work effectively as a team. 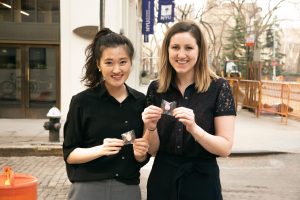 The Institute: What was the insight that led you to decide to start this company?
Food Period: We have been best friends since we were 14, when we met at a boarding school in Canada. We always wanted to do a startup together, but had never found the "right" idea. Our insight for Food Period was based on a deeply personal challenge.

Britt had been following the seed syncing protocol religiously after finishing chemotherapy treatment for Hodgkin's Lymphoma, during which she'd stopped getting her period entirely. Seed syncing returned her cycle and calmed her period symptoms, but it was inconvenient, time-consuming, and costly to follow in the DIY way her naturopathic doctor and nutritionist prescribed it.

Britt realized if she could have purchased the energy bites to follow the protocol instead of making them herself, she definitely would because of the convenience alone. That's when she called Jenn, in Seoul, South Korea, and told her about the idea. The first words out of Jenn's mouth were: "when should I quit my job"? Within a month, she quit her job and moved to New York to work on Food Period.

The Institute: If you had to start over, what would you do differently?
Food Period: We mean this in the most non-arrogant way, but we don't think we would have done anything differently. We have messed up and made so many mistakes, but without those learnings, we wouldn't be as knowledgeable as we are today. Every mistake, error, misjudgment has made us rethink how we can better build every aspect of this company.

The Institute: What's one accomplishment so far that you're most proud of?
Food Period: The first thing we thought of was the fact that we won NYU Stern's 300K startup competition in May of this year; of course, the non-dilutive funding was incredible, but we were more proud of the fact that we had convinced a huge institution like NYU to recognize the importance of expanding options for women's health challenges.

But, if we're really honest, nothing beats that overwhelming sense of joy, happiness, and pride when a customer emails, messages, or calls us to tell us how our Moon Bites have improved her period. Women have 3,500 period days, on average, over their lifetimes- the fact that we get to help make that experience better for them is unparalleled. 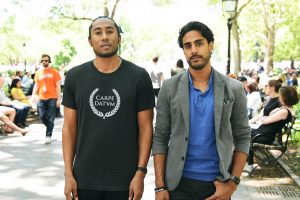 The Institute: What was the insight that led you to decide to start this company?
Aduri: Meditation seems simple. Sitting and focusing on the breath. But just like getting in shape by going to the gym or preventing cavities by flossing your teeth, meditation requires consistency in order to “see” its results. I found meditation 7 years ago to help balance my stress and anxiety. It became a daily regimen for me, but when I tried helping friends and family get into it, they did it for a week and then stopped. The most common story? "I know I should meditate, just like I should go to the gym or should drink more water, but rushing in between calendar events, it’s hard to remember to do it, and when I do, it’s just so much easier not to."

I not only wanted to make meditation easier and more immersive, but to help build a daily mindfulness regimen for people. I wanted to go one step further beyond apps and be the bridge between the digital and the physical world. According to research, tangible products produce stronger emotional connections than digital products—much like your gym shoes remind you to go for a run. We’re building this capability with meditation and make the meditation experience unlike anything before.

The Institute: If you had to start over, what would you do differently?
Aduri: Talk to people. We didn't begin to really talk to people until maybe a year in. Our development and learning would have gone some much faster had we done that. But there has to be a balance of talking, building, and then talking again, especially with a physical product in our case, which usually takes longer to build than software.

Understand that time is money, you have to move as fast as possible because it’s a race against your burn rate. How much can you prove about your business before money runs out?

The Institute: What's one accomplishment so far that you're most proud of
Aduri: We've been able to meet with some incredible influencers in the corporate wellness space from Tesla, SalesForce and WeWork, to LinkedIn, with the latter inviting our team down to SF to demo our prototype earlier this year. Additionally, we're grateful that the NYU community has been able to help us raise close to $100K in funding to use for further research and development.

Aduri is a recent alumni of NYC Media Lab's Combine accelerator, a lean launchpad program that funds entrepreneurs emerging from the City's university ecosystem. The team will deliver their pitch on the main-stage of NYC Media Lab's annual Summit, NYCML'18, to an audience of 1,000+ media and technology executives, investors, and researchers. Aduri is led by Jesal Trivedi (Tisch ‘18).