Nicholas Molinski (Tandon '16) is the co-founder and CTO of Acculis, a powerful augmented reality and computer vision software with SaaS integration to aid in precision during modular construction, making construction practices more efficient and accurate down to the screw.  Nick is an avid tinkerer and electrical engineer who has led many engineering projects ranging from Hyperloop to coffee machines. He brings to life the computer vision software and system integration that powers Acculis.

This past week the Acculis team participated in the "Make it In Brooklyn" pitch contest. The theme of the pitch was to identify innovative startups based in Brooklyn, that could help imp

rove Brooklyn. Being a company founded by four students from NYU Tandon School of Engineering in Brooklyn, we were excited to represent our roots when we were selected as finalists to pitch at this event. Our company, Acculis is building an augmented reality tool for quality control managers in the construction industry, that helps reduce the waste and correctional costs that occur in the industry.

Personally, I was excited for the pitch because I helped develop the software that we were going to demo to the judges. However, the real judging criteria was traction and growth. Preparing for this contest brought back lessons I learned from a guest speaker at the NYU Summer Launchpad: Nihal Parthasarathi, CEO and co-founder of CourseHorse.

When Nihal started his story it seemed like he gained non-stop traction. He went from being the winner of the new venture category in the NYU $200K Entrepreneurs Challenge to generating web traffic and revenue to finding investments in order to build the current version of CourseHorse. But he explained that, in reality, it took him quite a while to achieve the level of success and faced numerous speedbumps along the way–from spending time at a part-time job to doing more customer discovery in order to find out what features his customers really wanted and would pay for.

Nihal explained that venture capitalists and investors want to see the growth model for startups to look like a hockey stick. Your company may not be gaining a lot of traction initially, but the founders have to prove that you can take off. 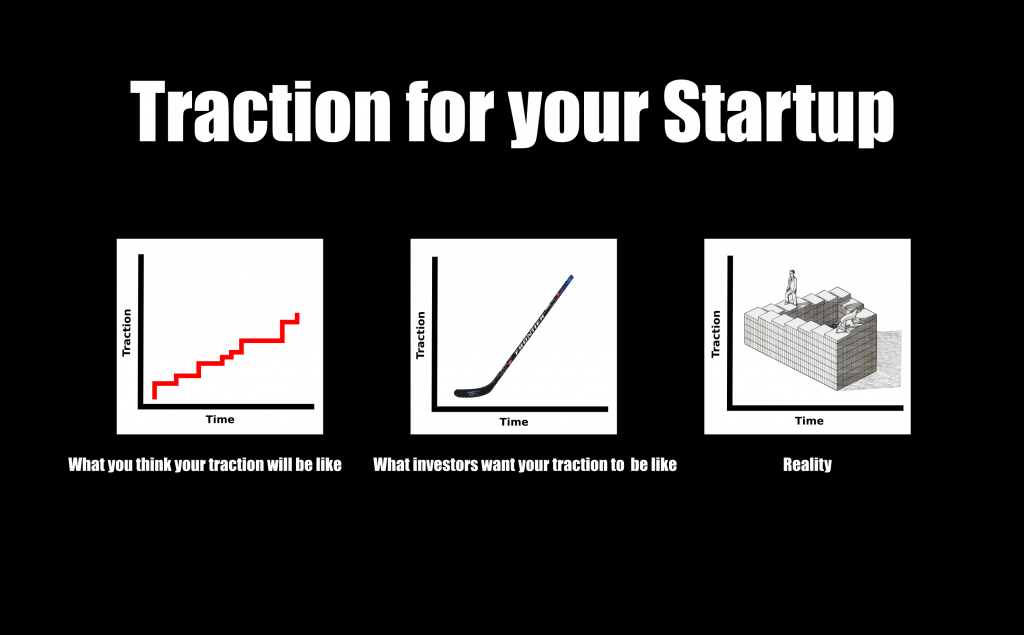 Acculis, being the youngest startup pitching in the contest (in company age and founders' ages), leveraged the concept that Nihal had talked about. We achieved 3rd place out of 5 teams, beating out two other teams who had already garnered users and revenue.

We were very happy with the results and were approached by the judges who indicated that they would like to help us continue working on Acculis. It was a powerful statement and I think that we succeeded in part because of the amount of customer discovery we conducted in order to really know our industry. We have the Summer Launchpad to thank for the lessons we learned about the importance of customer discovery.

Going back to Nihal's story, he mentioned spending a lot of time working on search engine optimization in order for CourseHorse web pages to be top ranked and to be seen. "If you cannot be seen, it is not possible to get business," he said.

As a B2B company, the Acculis team understands the need to be seen by the right audience and are proud to be part of the Summer Launchpad and pitch competitions like "Make It In Brooklyn" to get our name out there. 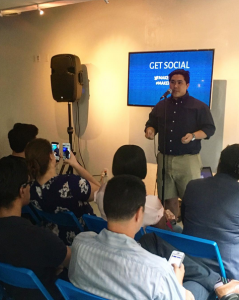 The teaching teams and guest speakers at the Summer Launchpad have stressed the importance of customer discovery and expanding our network. So far we have secured interviews with some of the top names in the construction world from every region in the continental US and even a few worldwide. At the pitch contest we met a lot of people who could help us in the future.

I think that our accomplishments can be attributed to our team, we have worked on apps, coffee machines and even the Hyperloop. Nihal lauded his co-founder and stated that their team chemistry really helped make CourseHorse successful.

After completing Summer Launchpad, our team will have a clearer vision of our value proposition, execute on it and make Acculis successful. As the end of the program approaches, we are excited to see where our startup will take us.