Some of the top NYU startups participate in the NYU Summer Launchpad accelerator program. In this series, we will introduce you to one team a week so that you can get to know the 2020 cohort.

When I first embarked on my short-lived football career in high school (2 months; being a lineman sucked), I never thought I would one day start a sporting goods brand catering to contact sports athletes. 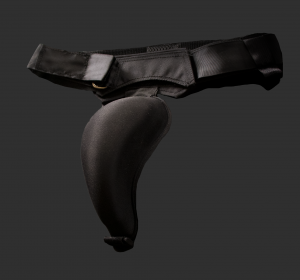 The War Locker A3 Jock

While my interest in football never flourished, my observation of the athletic cup's widespread unpopularity among football players stuck with me. I distinctly remember one teammate who would often debate with himself in the locker room if he would wear a cup in practice that day, like playing Russian roulette. The reason was not that he did not need the gear – he absolutely needed the protection since he could not control the directions of the tackles on the field. It was just the most grossly uncomfortable and unreasonably inconvenient gear to wear!

The cup moved around, causing unwanted pains and distractions. Upon impact, its rigidity would cause even greater pain around the edges of the cup, and its instability could seriously injure an athlete. Flip flopping on a decision to protect oneself seemed absurd to me, but the inefficacy of conventional athletic cups made these athletes suffer so. 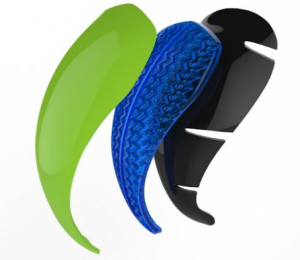 The War Locker A3 Jock has 3 protective layers.

A decade later, I came across a YouTube video showing a hockey player getting hit by a 100-mph hockey puck in the groin and collapsing on the ice. After laughing hysterically at the video and commiserating with the victim, out of curiosity, I did more digging of my own. I checked out the latest products in the athletic cup category to see if anything had changed since high school. Surprisingly, nothing had changed! The same companies that existed then were still selling the same structurally flawed cups now.

At that point, I became even more intrigued by the problem. I began drawing up concepts that I thought would alleviate the most common issues with cups: instability, rigidity, inconvenience, and discomfort. After I put together a few sketches, I found an industrial engineer to help me put together some working prototypes to test on live users.

I then called my former high school wrestling teammate who was training in Muay Thai at the time. Along with a few other fighters, they became our initial prototype testers due to the brutal nature of their sports and their urgent need for effective protection gear. After we went through 3 different prototype iterations, we finally got to a point where we had come up with the design for the most stable, adjustable, flexible, and comfortable cup in the market: the War Locker A3 Jock.

Next, I filed for my first patent and traveled to China to look for a manufacturing partner willing to make production prototypes for us. After hanging out with one factory owner, his wife, his son, and his immediate family and friends over lavish dinners and Chinese Baijiu, we struck a partnership! About 6 months after that, I got my first production samples, and I still distinctly remember my elation that followed.

Fast forward to today. I am utilizing as many startup resources as possible on campus, such as the Leslie eLab, the Summer Launchpad accelerator program, and the Berkley Labs, and I am working with my classmate Stanley Chen to launch the pre-sales campaign of our first product! The campaign is coming up soon, and if you would like to get exclusive access to our first product units, please sign up with your email on our website! We also have 2 other patent pending products in the pipeline (D1 Lifting Grips & X4 Shin Guards) which also embody our brand spirit of utilizing technology to come up with user-centric high-performance protection gear. Too many sporting goods are sold like commodities, and we are here to change that!