The hottest of the summer months are approaching, and so too is an increasingly important issue on our radar: climate change. Since the United States famously pulled out of the Paris Climate Agreement several weeks ago, CEOs, high-profile tech developers, and business leaders, along with a horde of other citizens, have successively pledged that despite the Administration’s move, they’ll continue to operate within the sustainability outlines set by the Agreement. Even Exxon Mobil Corp. and ConocoPhillips, the two largest oil companies, reiterated their support for the agreement, while Elon Musk quit the White House Advisory Council to emphasize his commitment to the global pact.

As NYU’s hub for cross-school entrepreneurship, we were curious to learn more about the work teams are doing in this space in line with the pledge made by many principled businesses, civic and academic leaders, including those at NYU. Across the University, projects on a mission to mitigate the effects of climate change have ranged in focus, from personal home energy efficiency, to grid optimization, to corporate sustainability strategy consulting, and even to air quality monitoring.

Rebecca Silver, the Assistant Director of the NYU Entrepreneurial Institute, looks favorably towards the immense opportunity entrepreneurship has in this space. She explains that eco-friendlier consumer-level products such as LED light bulbs or sustainably-manufactured clothing, as well as more macro-scale solutions, such as improving grid access to renewable energies, are ripe for startup intervention. Climate change is “a cool thing to explore,” Silver believes, “especially at the intersection of urbanization, new forms of transportation, and resilience planning, where there's a lot of research being done at the University. We're only beginning to explore opportunities and spur the growth of new entities coming out of that space.”

ACRE, an NYU Tandon-sponsored clean-tech startup incubator, has a portfolio of companies working to do exactly this. According to Program Manager of ACRE Jiro Otsuka, taking on climate change is inevitably an interdisciplinary approach. However, Otsuka acknowledges, “A top priority for us is to decarbonize the fuel mix. That not only means relying on more electric power but making sure renewable energy [such as solar or wind power] generates that electricity.” 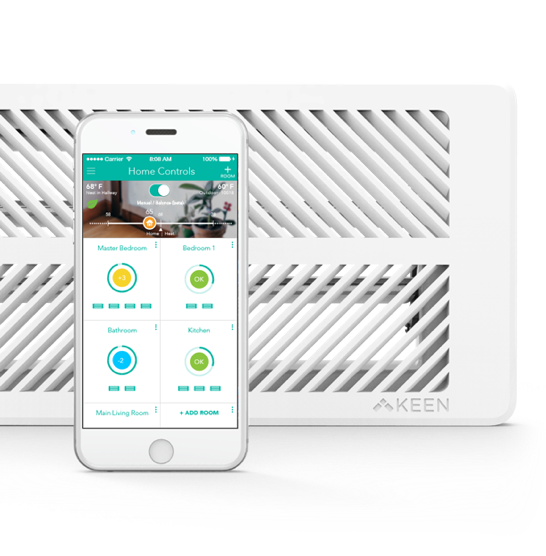 Attesting to this need, “the most useful space is in being able to store renewable energy long term,” says Silver. As of now, the wind and solar energy is easily lost to heat, and therefore cannot be stored for long periods of time, nor can it be relied upon to meet the baseline energy demand of cities.

Sophie Rifkin, the Senior Associate Director of Stern’s Center for Sustainable Business (CSB), attests to this need as well. She says that for example, “Electric cars are great, but if they’re still running on natural gas or coal-fired power plants, that only solves part of the problem.”

Integrating sustainable industry practices into large, established companies is another way to solve this problem too, Rifkin says. Launched in 2016, Stern’s CSB offers a course called “Sustainability for Competitive Advantage” to undergraduate and graduate students, focusing on methods of implementing safe, sustainable, and eco-friendly strategy into larger business models, with the intention to maintain comparable, if not increased, profits. Rifkin points to the slow, long-term impact of climate change, which is pushed further into the dark by the short-term pressure to demonstrate successful quarterly reports, to explain large companies’ hesitance to adopt corporate transparency and more sustainable measures, even when data suggests higher ROI in the long-run.  Still, Rifkin concedes that “retrofitting sustainability onto a big behemoth” is much more difficult than embedding it from the ground up. A startup, she continues, has a “great opportunity to build it into their organization, and I don’t know if everyone is doing that.”

At NYU’s Marron Institute of Urban Management, Professor Kevin Cromar is pushing for more technological intervention in this space at the idea or seed level, too. Leading research in global and urban air quality, Cromar has developed a more efficient automobile emissions testing approach that report car emissions data directly to a DMV server and can be user-operated through an app. Cromar says the potential to scale, however, is limited without an entrepreneurial model, which could provide the needed technical support to secure the project. In another example, Cromar cites the air quality index developed in Canada that has been adopted into an app by government officials in Alberta to inform citizens of the daily pollution rate. He argues that there could be a broader dissemination of this data, and thus more improvement in health outcomes associated with air quality, with a built-in API that allows multiple players to input and iterate their ideas about how to make practical use of this data. “We want to make sure the information is developed, but there’s a lot of need for app developers to use that information in an effective way.”

Speaking of the transition from research to venture, Cromar says, “I think there’s a challenge with academic researchers, where there’s a certain skill needed to take knowledge learned from research and make it actionable. That translation requires skills, expertise, and knowledge distinct to translate it. That’s where students can help.”

Eventually, the effects of climate change will become visible to everyone, and the youngest generations will experience its biggest detriments. But this leaves that same group with the tremendous challenge of solving it, by experimenting with scalable solutions for broad adoption. Fortunately, with access to entrepreneurial guidance, startup ideation workshops, innovative courses, and prolific networks and resources, NYU students and faculty are particularly primed to mitigate rapid climate change using entrepreneurial thinking. The opportunities ahead are enormous.