As the rise in temperature marks the beginning of our long-yearned summer here in New York City, every major clothing retailer switches out their inventory, filling up racks with new, summer arrivals in every store across the country.

While it’s great to own the next trendiest thing, production at this scale has its consequences. This switch of seasonal inventory requires tons of oil-fueled energy, cheap labor, and non-renewable raw material to make it happen. Several entrepreneurs at NYU have reconfigured this model, bringing sustainable innovation into fashion production.

Co-founders Myriam Sbeiti (Tandon '18), Daniela Blanco (Tandon '21), and Professor Miguel Modestino (Tandon faculty)  launched Sunthetics, an eco-friendly alternative to the production of nylon fabric. The process traditionally requires high levels of fossil fuel-derived energy to fuse the molecules together that make up the nylon fabric. Sunthetic’s nylon leverages solar energy to fuse the chemicals together instead, while keeping the actual chemical composition of the nylon the same. Although the chemicals necessary for nylon production are oil-based and thus render the fabric itself unsustainable, Blanco explains that nonetheless, 66% of the waste in nylon production is from the energy needed to make it. Given the scale of production that companies like H&M and Forever 21 execute, the process has the potential to save immense amounts of energy. Already, Sunthetics has won a grant from The H&M Foundation’s Global Change Award, helping H&M achieve their sustainability goal of being climate positive (actively lowering environmental emissions, not just eliminating their own) by 2030. They also just won the W.R. Berkley Innovation Lab’s $300K Entrepreneurs Challenge, receiving a $100,000 grant to continue product research. 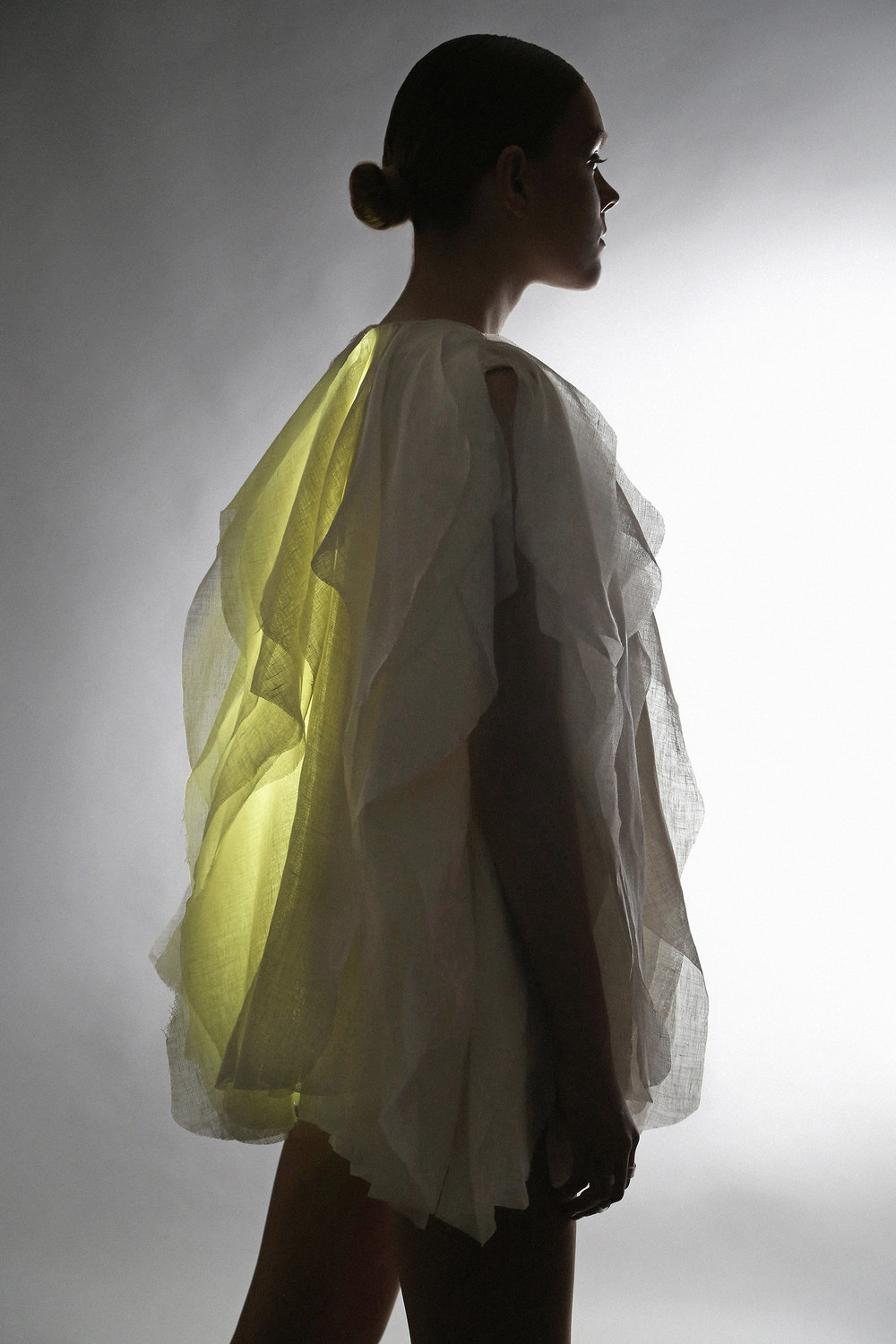 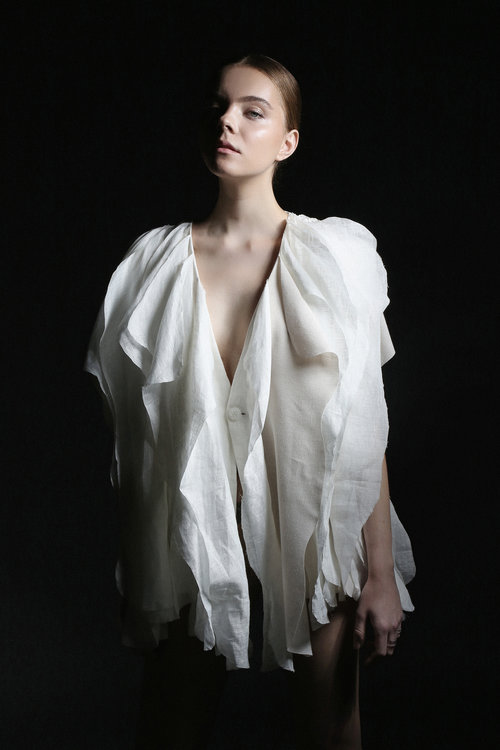 Wearable Media Studios, a project launched by Jingwen Zhu (Tisch, ‘18), a student in NYU’s Interactive Telecommunications Program (ITP), Hellyn Teng, and Yuchen Zhang, leverages another method of fabric manufacturing: 3D printing. As environmental enthusiasts, fashion designers, and data-fiends, the three women combined their passions and began printing their own data visualization-inspired designs. For example, their Project Reefstone features a dress with ruffles, whose lengths correspond to the decreasing levels of biodiversity in Australia’s Great Barrier Reef. The dress is made of 3D printed enclosures, laser-cut upcycled fabrics, and organic linen.

Students at NYU have also integrated social empowerment with fashion production. Jessica Markowitz (Gallatin ‘18) and Jeannine Scheinberg (Stern ‘18) founded the Abari Collective, a jewelry brand manufactured by women in Rwanda, that provide women with a tangible skill in metalsmithing as well as education on entrepreneurship. The organization is an extension of Richard’s Rwanda, a non-profit founded by Markowitz in 2006, which works to educate Rwandan schoolgirls. Markowitz felt that after the women’s schooling was over, she wanted to continue supporting them by giving them an opportunity to forge their own careers, thus initiating the Abari Collective. Sheinberg explains that the organization is designed to include entrepreneurial and metalsmith training.  This year, the Abari Collective received a grant of $10,000 through NYU’s Changemaker Challenge, an award given to companies to implement social change through business.