Back to all events VC Pitchfest Host: NYU Entrepreneurial Institute
Event Details
Join us virtually to hear four NYU startups pitch to a panel of Venture Capital Investors at this semester's VC Pitchfest

The VC Pitchfest is a unique opportunity for NYU student and faculty entrepreneurs to present their ventures and innovations to Venture Investors, fellow NYU entrepreneurs, and the wider startup community in a friendly competition! This VC Pitchfest (IT/Consumer Edition) will be on Wednesday, September 22nd (5:30 - 7:30pm) via Zoom. The event link will be provided to RSVPs prior to the event.

The following teams have been selected to pitch!

The teams pitching were selected by the NYU Entrepreneurial Institute team and will be presenting to a panel of venture investors including Austin Clements (Managing Partner at Slauson&Co), Victoria Grace (Founding Partner at Colle Capital), and a Partner from Dorm Room Fund.

Come support your fellow NYU entrepreneurs and learn more about starting a scalable and successful venture!

More about the pitchfest judges:

Austin Clements (Stern '13) is a former Principal at TenOneTen Ventures where he played a role in investing into 50+ companies across two funds, primarily focused on B2B, and SaaS. These companies include Ordermark, CREXi, Emotive, Second Spectrum, and Daily. Austin primarily focuses on tools and platforms that support small businesses. A champion of inclusion in the LA tech ecosystem, Austin is a founding Chairman for PledgeLA, a city-wide initiative that promotes diversity, equity, and inclusion in Tech. In addition, he actively supports the expansion of nonprofit accelerator Grid110, a mission focused organization clearing pathways to success for early stage entrepreneurs of all backgrounds. Austin is a graduate of Morehouse college, holds an MBA from NYU Stern School of Business, and is currently a Kauffman Fellow.

Victoria Grace is a founding partner of Colle Capital Partners LP, an opportunistic, early stage technology venture fund. Previously she was a partner at Wall Street Technology Partners LP, a $125mm mid stage technology fund. Before that she was a Director of Dresdner Kleinwort Wasserstein Private Equity Group. Victoria has extensive experience in originating, structuring and monitoring venture capital transactions. Victoria has worked with, and made investments in a broad range of companies, including enterprise software, wireless technologies, medical devices, health IT, FinTech, hardware, virtual reality and D2C retail companies. Victoria is especially passionate about companies that have a strong ESG focus. She has evaluated and invested in the companies worldwide. Notable investments that Victoria either led or worked closely with include Apriso (acquired by Dassault Systemes), bitpesa, Bread Finance (acquired by Alliance Data), CargoX, Concourse, Doctor.com (acquired by Press Ganey), EnsoData, Hyliion (NYSE: HYLN), Maven Clinic, MaxBone, MetaStorm (acquired by OpenText), Netki, Numan, Parkside, QMerit, Radar, Sensydia, SkopeNow, Swiftmile, Syft (acquired by Indeed and Vergent Bioscience). In addition, Victoria co-founded Work It, Mom! LLC, a network site for professional moms with an advertising revenue model. She co-managed the company for five years, until it was merged into another content company in NYC. Prior to joining Dresdner Kleinwort Capital, Victoria was with a Los Angeles-based venture capital/incubator firm focused in the emerging technology, Internet, and biotech fields. Earlier, she worked in the investment banking division of Salomon Brothers in New York, where she participated in M&A advisory assignments and capital raising for commercial banks and finance companies. Earlier in her career, Victoria did cancer related research at the National Institutes of Health. Her research was published in well-respected science magazines. Victoria was also a research assistant at the Washington University School of Medicine, Cardiothoracic Surgery Department. There she analyzed statistics and data recorded from activation of the sinus node of the heart. Victoria received a B.A. in economics and biochemistry, Summa Cum Laude, from Washington University in St. Louis, winning both a Florence Moog Academic Science Scholarship and a Mabel Blake Academic Science Scholarship. Victoria has been serving on the board of Vostok New Ventures, an investment company with presence in Sweden since 2015. Vostok New Ventures focuses on European and emerging markets companies with strong network effects. Victoria is an avid supporter of education and involved in the Go Project. She also supports other education-focused organizations. Victoria is also actively involved in Washington University, her alma mater.This event is hosted by the Entrepreneurial Institute 2 times per semester, and is sponsored by the NYU Innovation Venture Fund. Additional information can be found here.

The NYU Entrepreneurial Institute provides reasonable accommodations to people with disabilities. Requests for accommodations for events and services should be submitted at least two weeks before the date of the accommodation need. Please email carol.ourivio@nyu.edu for assistance. 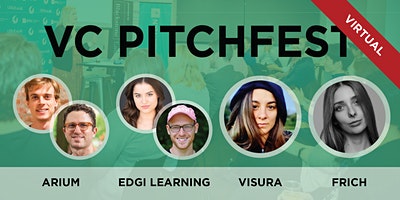 Why Now? The Importance of Timing for Produc... 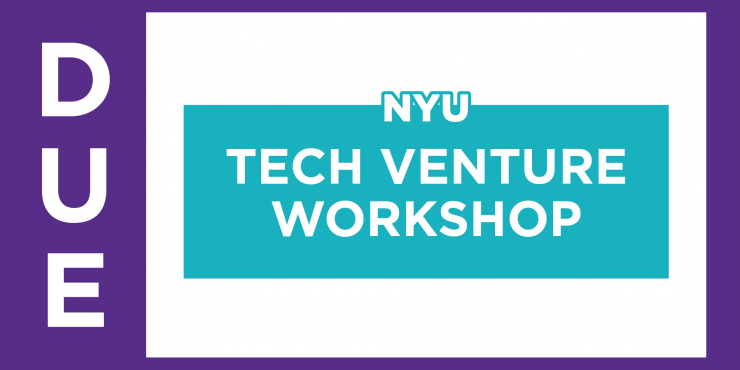 The Tech Venture Workshop is a three half-day immersive program where faculty entrepreneurs and their PhD/postdoc teams learn how to test the com...

Back to all events
Resources
Eligibility

Twitter is a real-time information network that connects you to the latest stories, ideas, opinions and news about what you find interesting.